The Space Shuttle Endeavour took off on August 8 for a two week mission to work on the International Space Station. It was a perfect liftoff for STS-118, to the relief of all of us watching. 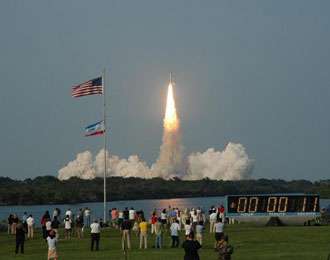 I have a special interest in this shuttle mission, since it carries Canadian astronaut Dave Williams on his second flight into space. Dr. Williams is a Mission Specialist on this flight, and will be making at least 3 space walks to work on the ISS. (A total of about 19 hours!) Dave first flew on shuttle Columbia in 1998, as flight surgeon. 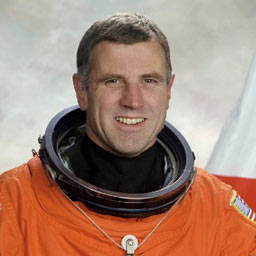 Dave Williams is also a home-town boy. I first met him at my high school reunion in 2004. Dave did not attend my school – but his wife Cathy did. And she and my sister have stayed friends since then. In fact, my sister and brother in law traveled down to Florida in 1998 to watch Dave’s liftoff.

After seeing the Challenger explosion in 1986, and the Columbia crash in 2003, we all know that space flight is dangerous. Dave knows those risks all too well. He and his fellow astronauts helped recover remains of Columbia, and its crew, after the crash. Those people were their friends and colleagues, and as he described it, it was difficult to deal with their loss. But they all volunteered to help with the recovery. It was all they could do to honor the dead.

It’s now four years later, and NASA is still having problems with ice and foam at liftoff. They’ve tried to change the design of the external fuel tank, but it doesn’t seem to have stopped the problem. At least they know what to look for. Mission control is studying photographs of a couple of deep gouges on Endeavour’s belly, presumably caused by more falling ice.

Of course, I hope that the damage will be easy to repair, and that Dave and his fellow crew members make it back safely after a successful mission. We’ll be watching and waiting for the next few weeks, and cheering them on.